Shortly after Bourne was founded, lumber magnate Albert R. Eldredge constructed his residence at 172 Shore Road in Buzzard's Bay. Today it is offered for the first time in decades to the buyer who appreciates magnificent oak woodwork and other architectural details in this original craftsman-style colonial. Rooms are infused with natural light due to expansive windows throughout. Often referred to as ''the house with two bays'', this stately residence offers early 19th century refinements like a massive oak pocket door between the foyer and living room, carved oak fireplace featuring columns and dental detail, butler's pantry, and expansive attic with steps to what was once the widow's walk. Three bedrooms, two bathrooms, and a breezy wrap-around porch with cobblestone pillars and double columns, partially enclosed. There's a new roof and double-walled oil tank. Close to Gray Gables Beach. You'll want to make this vintage treasure your own. 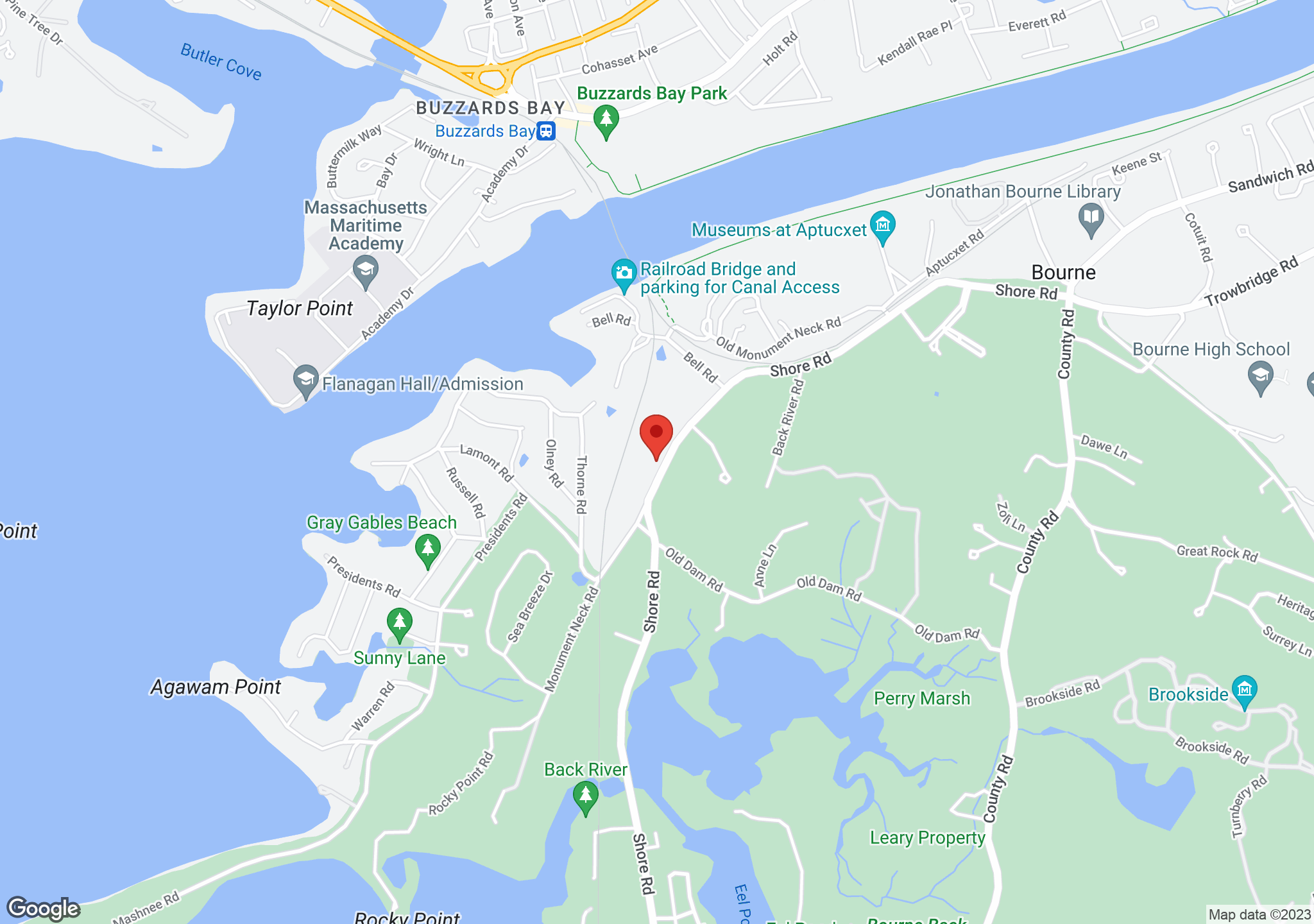 We thought you’d like to know how much your mortgage payment might be. Feel free to use the mortgage calculator to find out the estimated amount!

For ADA assistance, please email compliance@placester.com. If you experience difficulty in accessing any part of this website, email us, and we will work with you to provide the information.

Sign Up
Already a User? Sign In
You have been successfully registered
Please check your email.
Go to the homepage
Sorry something went wrong
Please try again.
Try again

Let us help you find your new home!
Tell us about yourself

Thank you for your interest in this property. Buying a home isn't easy, but we're here to help! Tell us more about yourself, and we'll reach out to you shortly.